The holiday season sure came early this year, in fact, it's the earliest it can be. Thanksgiving day is celebrated on the fourth Thursday in November, so between the 22nd and the 28th. This was almost established on October 6, 1941, when both the House of Representatives and the Senate passed a Joint Resolution declaring the last Thursday of November to be Thanksgiving Day. The Senate, as it often does, amended the Joint Resolution to change Thanksgiving Day to the fourth Thursday, in December of 1941. President Roosevelt signed the Joint Resolution into law on December 26, 1941, after the House approved the amendment.

Before the Joint Resolution, Thanksgiving was proclaimed by Executive Order. Thanksgiving was first declared by President George Washington in 1789. It was declared, on and off, for the following 87 years. Our modern celebration of Thanksgiving as, roughly, the last Thursday of the November begins with President Abraham Lincoln in 1863. His declaration called for unity in the face of civil war. He wrote, "It has seemed to me fit and proper that they should be solemnly, reverently and gratefully acknowledged as with one heart and one voice by the whole American people". If you'd like to see some amazing penmanship, check the original out at the US Archives.

So why the fourth Thursday? Well, the Senate changed the date to keep in line with the practice President Franklin Roosevelt established in 1939, by using the fourth Thursday. He did it to spur economic activity by moving the holidays up one week.

That would seem to wrap it up nicely, right? Not so fast! Between 1942 and 1956 several states chose to celebrate Thanksgiving on the last Thursday of November. Now, many years this doesn't make a difference. There are thirty days in November so only when there are five Thursdays, where the last Thursday falls on the 29th or 30th does this become an issue. In 1944, 1945, 1950, 1951, and 1956, America celebrated Thanksgiving on two different days, state dependent. Texas was the last state to let go of the "Last Thursday" model and adopt the fourth Thursday norm.

Here we are 52 years into a predictable schedule of Thanksgiving celebrations. And here we are letting you know that we'll be closed the following days so our employees can enjoy this holiday season with their families:

We hope that wherever your travels take you, be they to your dining room down the hall or across borders and time zones that you arrive safely, soundly, and enjoy a well-earned rest.

Wishing you a warm, safe, and happy Thanksgiving for you and your family,

Posted in Uncategorized By 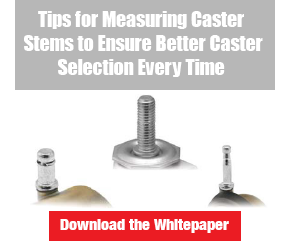 2 26 days ago
The holiday season sure came early this year, in fact, it's the earlie... Read More

2 21 days ago
Moving bundles of 25-foot-long aluminum rails, tubes, rods, and other ... Read More
Subscribe to our newsletter